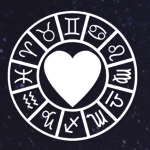 Learn more about yourself, and the person you want to connect with!

Users are ranked from 1-5 based on how compatible they are.

Synastry is the art of comparing two people’s charts to see how they affect one another. We examine how the planets from both charts interact, and from that we can tell whether two people are likely to fall in love, be bitter enemies, or fall somewhere in between.

Users are matched based on their astrological compatibility and given a "star-rating". These stars are on a scale of 1 to 5, 5 being the best possible astrological match. You can use StarCrossed to meet friends, or possible romantic-matches.

If you found someone you're interested in or just want to know more about yourself you can reach out to one of our astrologists for live convos and readings.

Colin Henderson and Amela Djokovic came up with StarCrossed, a dating app that matches users based on an astrological algorithm, after reading about rising investor interest in astrology apps. They eventually chose to work with Crowdbotics based on Crowdbotics' competitive price point and collaborative development approach.

StarCrossed is built using the Crowdbotics Dating App Blueprint, a Tinder-style mobile app template that is fully functional out of the box. By making his own adjustments to the app's UI and leaving custom backend development to Crowdbotics' expert developers, Colin (a hobbyist React Native developer) estimates that he has saved "thousands of dollars."

StarCrossed is available on the App Store and will soon be launched for Android. StarCrossed users can currently contact expert astrologers for relationship advice directly within the app, and planned upcoming features include advanced astrological chart breakdowns and custom text suggestions. Colin and Amela are planning to apply to accelerators and scale StarCrossed in partnership with Crowdbotics later this year.

Read the full success story
Thank you! Your comment has been received!
Oops! Something went wrong while submitting the form.

Connect with Crowdbotics to turn ideas and specs into working code.

Start Building
Built with🤖 by (what else?) Crowdbotics